In this project, you have two tasks:
Task 1: You need your quadrotor to cross over the bridge while avoiding the river.
Task 2: Detect the wall infront of your quadrotor and go through above or below the wall, depending on the height of the wall.
Let’s understand the problem statement in depth.

Your PRG Husky platform is equipped with a front facing RGB camera, a down facing stereo grayscale camera and an IMU. For the first task, you are in a space with a thin river-like band of blue sheet on the floor. Only a small region has a ladder/bridge on the top of the river. Your aim is to avoid the blue river and cross it above the bridge. But there’s a catch, your bottom facing camera is grayscale. You need to detect textures/grayscale value of the river in order to avoid it. Or you can simply detect where the bridge is and go above it. Refer Figs. 1 and 2. 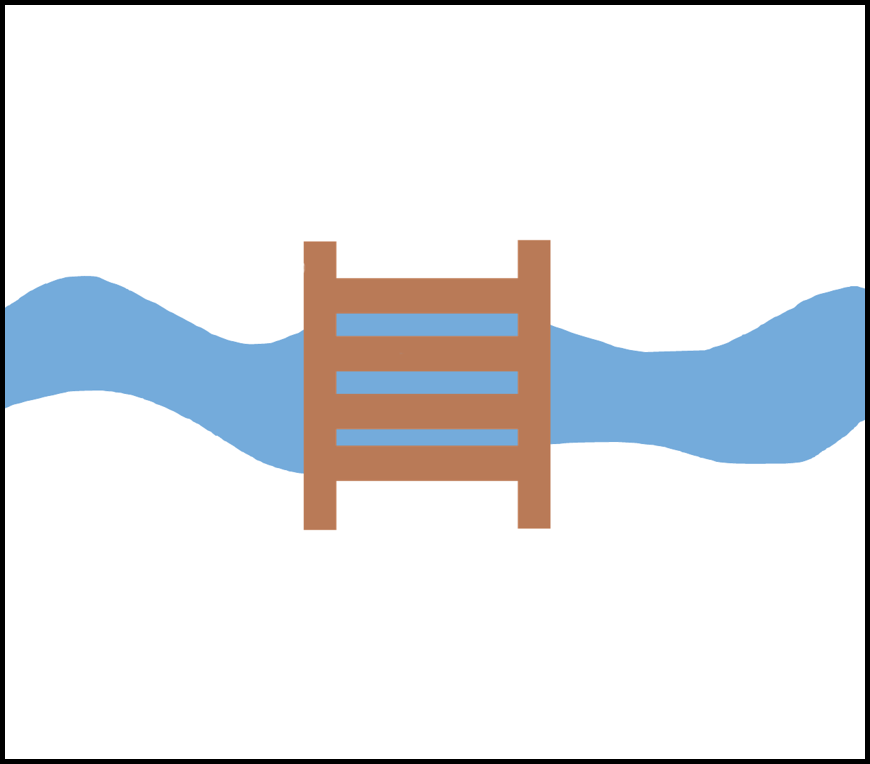 Figure 1: Task 1 - A sample scene with bridge and river. 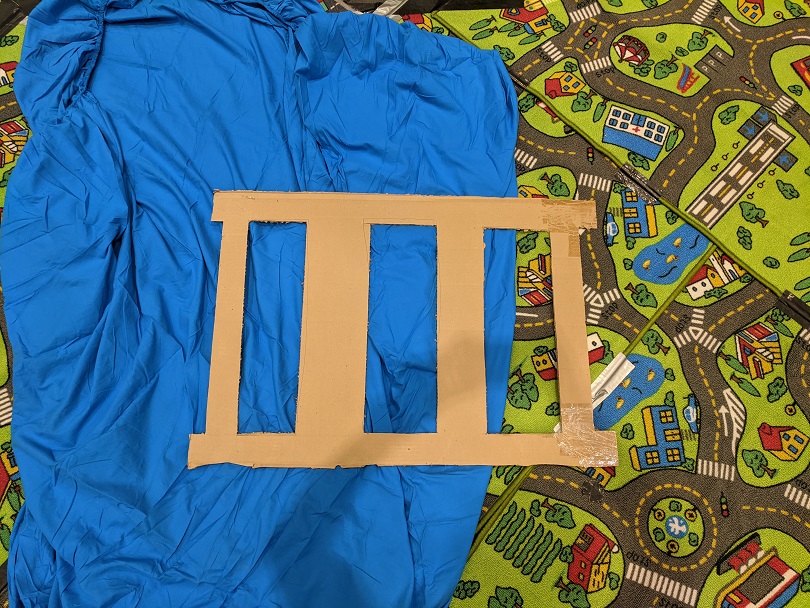 For your second task, you are given a wall of unknown length and breadth which is placed at a some unknown distance infront of the PRG Husky. You are going to do some version of odometry/PnP to estimate the distance and position of the wall in some arbitrary units. Optionally, to get it to metric scale, use the down-facing camera estimates which are in absolute or metric scale. Once you have estimated the position and the distance of the wall with respect to PRG Husky, your task is to go above or below depending on the position of the wall. Refer Figs. 3 and 4 for the two possible cases that you will encounter. 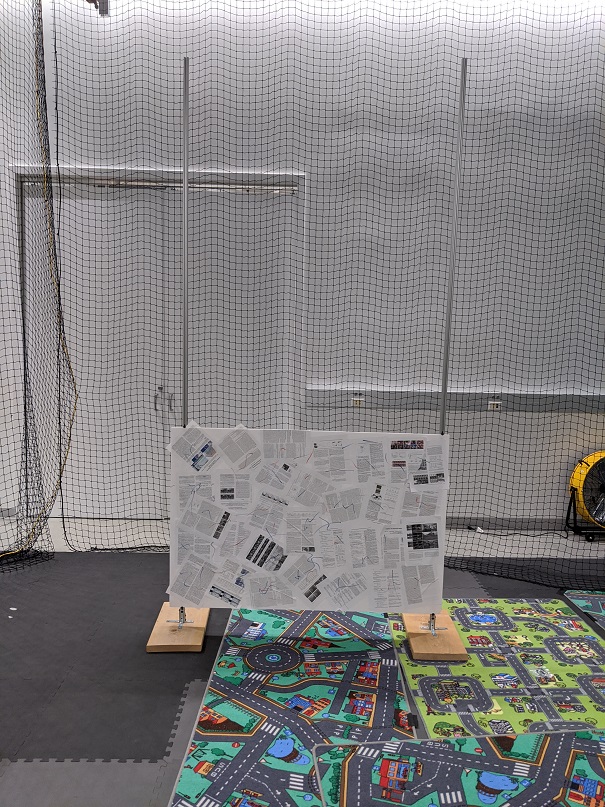 Figure 4: Task 2 - One of the possible wall placements that you will be using.

Note that you cannot go left or right of the metal bars. You are restricted to a height of 2.5 meters for this project. If you fly above 2.5m in any of the two tasks mentioned above, your task will be counted as unsuccessful. Also, the wall is equiped with a lot of visual features so you can detect it easily.

You can collect data as a ROS bag/video from the downfacing and frontfacing cameras of the river-bridge scene and the wall in IRB lab 0108. Feel free to change the illumination of the room. Define the coordinates as as the starting pose (the first frame).

This project it totally open! You can use any open-source code available online to solve any part of the problem. Make sure you cite them. You can also learn the textures on the floor to distinguish between the river and the bridge. A sample texture is available in the lab.

You need to create one or multiple ROS node(s) to run your algorithm for each task. You have to publish trajectory for both tasks as nav_msgs/Odometry (accumulated instantaneous camera pose).

All the above ROS node(s) must be called using a single launch file.

You are required to plot your estimated 3D camera pose in rviz along with the odometry (nav_msgs/Odometry) from the PRG Husky using rviz tf like you did in the previous projects. For Task 2, you need to plot the wall in rviz along with the trajectory (and pose i.e. both position and orientation) of your quadrotor. This visualization is similar to what you did in Project 3b (Mini Drone Race). Be sure to fix your wall in some arbitrarily chosen world frame and plot your camera’s (quadrotor’s) pose with respect to it.

Camera Intrinsic and Extrinsic calibration entails with estimating the camera calibration matrix K which includes the focal length and the principal point and the distortion parameters and relative rotation and translation ( and ) between a set of sensors. You’ll need to use the awesome calibration package developed by ETHZ Kalibr to do this. You’ll need either a checkerboard or an april grid to calibrate the camera. We found that using the April grid gave us superior results. Feel free to print one (don’t forget to turn off autoscaling or scaling of any sort before printing). Bigger april grids or checkerboard in general give more accurate results. A large april grid is located in IRB 3237 (Fig. 4) which you are free to use if you don’t want to print your own.

If your submission does not comply with the following guidelines, you’ll be given ZERO credit.

Explain in detail your approach to complete the project, and describe any interesting problems you encountered and/or solutions you implemented. You MUST include the following details in your writeup:

Your submission on ELMS/Canvas must be a zip file, following the naming convention TeamYourTeamNumber_p4b.zip. If you email ID is 1, then the submission file should be named Team1_p4b.zip. You can have any helper functions in sub-folders as you wish, be sure to index them using relative paths and if you have command line arguments for your Wrapper codes, make sure to have default values too. Please provide detailed instructions on how to run your code in README.md file. Please DO NOT include data in your submission zip file.

Any functions regarding reading, writing and displaying/plotting images and windows in cv2, matplotlib, ROS.

On the day of the deadline, each team will be given a 15 minute slot for demonstrating their code in action to the instructors. For Task 2, the instructors will place the quadrotor such that the river-bridge scene is in the front facing camera direction (or infront of the PRG Husky). Note that you will NOT be able to see the bridge from the front facing camera once you take-off from ground. You need to go above the bridge to solve Task 2. If more than 50% of the PRG Husky volume is above the bridge, it will be counted as success.

For Task 1, the instructors will place the wall (at arbitrary height) as well as the PRG Husky quadrotor as they wish (position, orientation). The instructors will make sure that atleast a major part of the wall is in the visible region as seen from the first frame (note that it is not guarenteed that the complete window will be visible in the first frame). The task is the fly above or below the window as fast as possible. You also need to show us a live visualization of your detection (corners of the window overlaid on the image) along with the 3D visualization of the window with the relative camera pose overlaid in rviz. If you don’t go between the two metal bars, or go above 2.5m in altitude, it will be counted as a failure.

You can have ANY number of trials in 15 mins for both combined. Only the best trial will be graded.
THE ENTIRE AREA WILL HAVE FEATURES (CARPETS)!!

Follow the steps from this repo to install the Duo3D camera driver.

The Duo3D camera comes calibrated out of the factory and gives only the calibrated images. You can also use the Kalibr package from ETH-Z to re-calibrate the duo cameras if needed.

You are encouraged to discuss the ideas with your peers. However, the code should be your own team’s, and should be the result of you exercising your own understanding of it. If you reference anyone else’s code in writing your project, you must properly cite it in your code (in comments) and your writeup. For the full honor code refer to the ENAE788M Fall 2019 website.